Party time in DTU and Copenhagen

de març 30, 2020
It is no secret to all of you that college students party a lot. Or at least we used to before this corona crisis made us practice social distance. We don't know when this is going to end so I thought that maybe I could write a less serious blog this week and explain how nightlife and partying are in Copenhagen and in DTU.

Maybe many of you reading this blog are from Spain or from other Mediterranean and Latin countries where partying is part of our soul. Let me tell you that Danes are also quite good at it too. I didn't expect most of the things that I will explain in this entry before I first came to Denmark so I hope that I can surprise you a little bit. Many people say that Danes transform themselves completely when they go out. It is true that they can get quite wild after some beers even if they are quite shy or not very outspoken during the day.

Copenhagen is a city full of young people. Danes and young expats pack the clubs and bars in the city center on weekends. There is a street called Gammeltorv where there are around 10-20 music bars that open from the afternoon to quite late at night. They act as bars but also as night clubs when the sun goes down. This is one of the places to be in Copenhagen on a Friday/Saturday evening. The ones that I personally have enjoyed the most are The Australian Bar and Heidi's Bar. My first time here was during the Introduction Week at DTU. All of the new students met there at 4pm and we stayed partying in those different bars until 12pm. This was kind of a culture shock for me because in Barcelona partying starts at 12pm and finishes at 6am. The truth is that while partying in Denmark usually takes place earlier it is not as extreme as what happened that day. 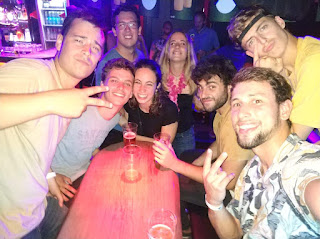 Besides these smaller bars in the city center there also the typical clubs that most western big cities have. Some of the most famous ones are Culture Box, Hive and Bremen. Personally, the club that I like the most is a smaller one located close to Radhuspladsen (Copenhagen City Hall): Mambo. This club is very small but it is the reference of Latin party music in Copenhagen so that is where my Spanish friends and I like to go to feel home every once in a while. Don't miss it if you enjoy dancing Reggaeton-style music. 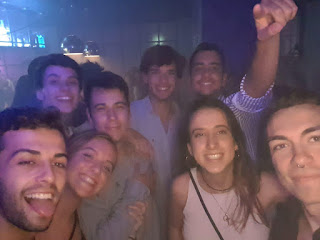 Besides the clubs and bars that open all year long, Copenhagen also has some special events during the year. In the summer, outdoor parties are organized in the canal (Islands Brygge). Techno music is played and tons of people gather close to the canal to celebrate good weather. The Distorsion music festival also happens during the summertime and it is very special for young Copenhageners.  During 5 days at the end of June hundreds of thousands of people gather in the streets of the city center and different neighborhoods to dance and party. The whole city becomes a dancefloor. Even if it doesn't happen in Copenhagen I  also have to mention the Roskilde Festival. It takes place every July around 30 km west of Copenhagen and it gathers more than 100,000 attendees. It is one of the most important musical festivals in northern Europe and last year artists such as Rosalía and Cardi B were invited to sing. Here you can watch a couple of videos about Distorsion and Roskilde Festivals https://www.youtube.com/watch?v=uPHQhzbnJ0U https://www.youtube.com/watch?v=c40aXZvfJkI https://www.youtube.com/watch?v=0445tzpY7pI 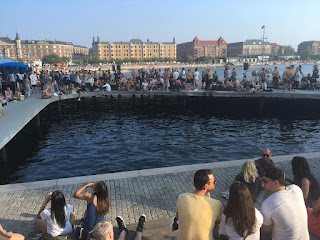 Now comes my favorite part: partying at DTU. Don't be fooled, DTU is a very good university and you will probably find a packed library during weekdays but this does not mean that we don't have a lot of fun during the weekends. This is something that was a complete shock to me. Parties not only happen outside the campus with fellow students but also inside the campus. During the introduction week, students gathered to drink beer and play games in the schoolyard and this was not exceptional. The school bar called S-Huset is opened almost every day and students hang out there after classes. S-Huset also organizes big parties every once in a while. The most famous one is called "5 dkk beer". This is a party that happens every month and its name says it all. Beers cost only 5 dkk, less than a euro.

Bigger parties are organized at the beginning and at the end of the summer season. The party called "Semsommer fest" took place in the first week of September and it was basically a huge party with 6 different tents that played different types of party music. Another special party called "Trappe" takes place every October. Trappe is a wild party only suitable for "mad Vikings". It consists of going up many stairs and drinking a can of beer every time you raise one. The winning couple is the one that manages to drink 8 L of beer combined before other teams. All of this might sound quite wild and it actually is but the university allows it and most social activities are organized by student organizations that besides social life and partying are obviously engaged in academic activities. I personally believe that DTU students have learned to combine social life and partying with studying and working and that the whole community thinks that it doesn't negatively affect the school's performance. 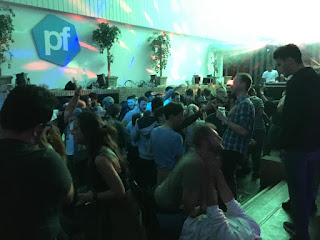 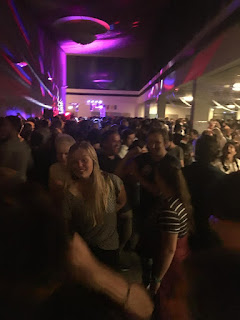 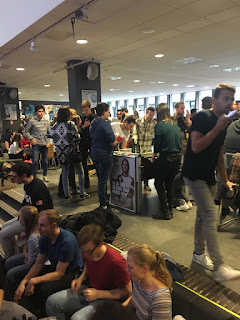 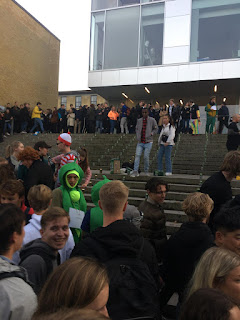 Of course, besides parties that take place inside the campus, there are also many private parties in homes, dorms and "kollegiets". People are very imaginative and they can invent any excuse to gather hundreds of young students at their place. A birthday party, the end of the coronavirus crisis, Halloween, Carnival, the queen's birthday or any others are valid. 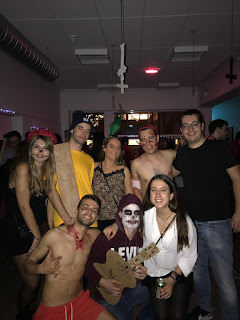 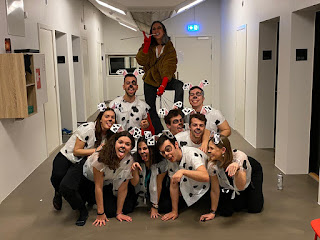 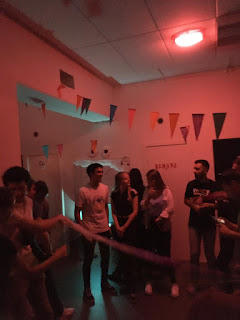 I hope you have enjoyed this special post and that after reading it you really think that partying and studying can be perfectly combined.  And I also hope that someone decides to come to DTU after reading all of this. There will soon be a post about academics at DTU, I hope you also get excited about that. We didn't do any of this during the December exam period and I'm not expecting a lot of this happening during May either. But study and have fun while you can! 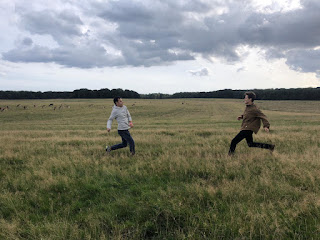 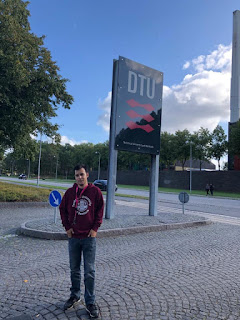